The looming prospect of a ‘no-deal’ Brexit is fast becoming a reality, as discussions are still underway, with no resolution said to be made.

A recent survey has revealed that overseas workers are losing confidence in the UK and the number of people who would move over to the UK to work in the healthcare sector has decreased from 53% to 37%, according to a Global Data report, which surveyed people both in and outside of the UK.

Additionally, UK workers experienced one of the biggest dips in confidence, as a reported 58% of workers said that they see Brexit as a negative thing when considering the healthcare industry.

This shows that there is an increasing concern with what will happen to the healthcare sector after Britain takes its leave from Brexit. Issues such as the drug supply chain will need to be dealt with. This, combined with UK and EU officials openly discussing the prospect of no deal means that people are losing confidence.

The results of this survey indicate a unanimous decision to design a more sophisticated approach to immigration – one of the rallying calls for Leave campaigners – as opposed to trying to keep a cap on the number of people trying to move to the UK.

In essence, this means that the UK should take a policy stance where immigrants should be allowed to enter the UK if they make a positive contribution to the economy. This will help with skill shortages in many vital industry sectors such as healthcare, IT and engineering.

It will be important to confirm with immigration solicitors before you plan to move to the UK after Brexit, in order to assess your application, if this strategy is put in place.

International people and skills are integral to the future of the NHS and British healthcare system. This report has also indicated a decline in EU nurses and midwives working in the UK health system. It is important to look for new ways to encourage overseas skilled workers to seek healthcare work in the UK to prevent this from becoming too much of an issue.

Alice Porter works closely with the immigration lawyers London, to better inform individuals of the consequences of a post Brexit society where no deal has been agreed upon. 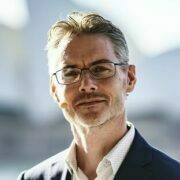 Zachary Nathan
My name is Zachary Nathan. I am an online health coach and the founder of this site. I focus on helping people get and stay healthy while building their own wellness-focused business.

How Do You Choose the Right Hearing Aid