Since the past few years, the electronic cigarettes have gradually become an extremely popular aid for smoking cessation in the UK. Although there is still enough evidence to be given on the extent of effectiveness but there are already too many who have found them helpful especially those who have used it for quitting smoking. An e-cigarette is a battery-powered devices which lets you take in nicotine without having to inhale the most toxic effects of it.

They usually work by heating up the e-liquid that you find within it and creating the vapor from the solution which has nicotine but along with other flavors and a liquid called vegetable glycerin and propylene glycol. Due to the fact that there’s no burning or combustion, there’s absolutely no smoke involved. Get one for yourself and start vaping from buyv2cigs.co.uk.

Do the electronic cigarettes help you with ditching smoking?

As per recent researches, it has been seen that electronic cigarettes are successful as a smoking cessation tool. In case you wish to give yourself a change to quit smoking by using electronic cigarettes, you will probably give the best chance to yourself by seeking support of the NHS ‘stop smoking’ service. During the year 2016, 2 out of 3 individuals who were using vape pens along with the NHS service mentioned earlier could successfully quit their habit of smoking.

There are different things which tend to work for different people and if you’re someone who has tried various other methods to quit smoking but you haven’t been able to, you should give e-cigs a try. Their design and feel along with the ‘throat hit’ that they offer you are basically the few reasons why majority of the users get the same feel and find no such difference between normal and electronic cigarettes.

Do the doctors and health professionals prescribe e-cigarettes?

Presently there aren’t any electronic cigarette which have successfully received the license of medicines and hence it is clear that the health professionals will never prescribe you e-cigs instead of smoking. Once these products attain their license, then the stop smoking services will be able to prescribe them as a well-proved method of stopping smoking.

Are they safe enough?

The vapor that comes from e-cigs doesn’t contain carbon monoxide or tar which are 2 of the most harmful chemicals in tobacco cigarettes. Though it is not that they don’t carry any risk yet they carry just fraction of the risk that is carried by cigarettes.

Therefore, if you’re someone who is eager to quit smoking, you can definitely start vaping in order to experience the amazing feeling of smoking without the smoke. 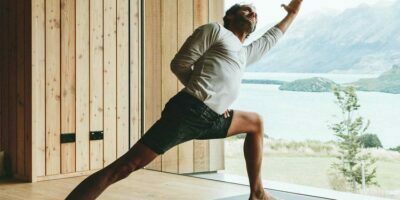 Medicare-europe.com Taking Care of You Copyright © 2021.